10 Air Purifying Plants to Improve Air Quality at Your Home

Published on December 2, 2019 by Disha Shengale
10 Air Purifying Plants to Improve Air Quality at Your Home

It’s now official: air pollution in India is a public health emergency. It is estimated that over 140 million Indians breathe a cocktail of toxic fumes, airborne biological pollutants, dust, and carbon monoxide daily.

In the wake of the new highs of air pollution, investing in the best air purifiers in India is more of a necessity than a luxury today. If you are yet to get one, here are signs to know if you need an air purifier.

These devices utilize a couple of technologies, including HEPA, Ionization, Activated Charcoal filters, and ozone generation, which get rid of most of the common contaminants in the air.

There are also a few plants that scientists have found to increase indoor air quality. While these won’t filter out dust and pollen, they are awesomely effective at removing harmful compounds that most low-end purifiers won’t.

10 Air Purifying Plans for Your Home

Starting with the most popular, Aloe Vera has a lot of wins in the health arena. The gel inside its leaves has a mix of amino acids, vitamins, and enzymes with incredible anti-inflammatory and wound-healing properties.

Aloe Vera is also among the best options iIf you are seeking to improve your indoor air quality using plants. It is especially useful in the removal of benzene from the air. Among its other advantages, Aloe Vera is readily available and does not require any pampering in normal conditions.

Scientifically known as Rhapis Excelsa, Lady Palm is one of NASA’s highly recommendable plants for filtering out toxins from indoor air.

This plant can be grown both outdoors and indoors and will add a touch of formal elegance wherever it is placed. When grown outdoors, it can attain a height of up to 12 feet. Confined in a container, it remains smaller and, therefore, much easier to position around your rooms.

Lady Palm has a proven record of removing toxins, including carbon dioxide, formaldehyde, ammonia, and xylene from the air. Again, it requires very little care.

According to most landscapers, this is arguably the easiest plant to grow and manage. Its most significant advantage is the ability to thrive in areas with low light. Again, it only needs you to water it every 9-10 days as its roots prefer being on the drier side than being always wet.

These fast-growing plants are adept at getting rid of carbon monoxide, formaldehyde, benzene, and odors.

If you are looking for a plant that will do more than improving the air quality in your house or office, Chrysanthemum should be up there on your list.

Also known as Mums, these are bright plants native to Northeastern Europe and Asia. They are also easily available in most flower shops in India and online plant nurseries.

The flowers of the Mum plant are ranked among the best biological controls for common toxins, such as benzene, which emanates from paint, detergents, glue, and plastics. It might also offer some help if you have issues with ammonia in your home.

The official plant of Bangkok, Weeping Fig, originated from Asia and Australia. This plant is characterized by slender branches with dense, glossy leaves that arch elegantly from the trunk.

When grown outdoors in tropical climates, this plant can reach heights of up to 60 feet. However, when grown inside your living room, it reaches a manageable height of 2-10 feet.

Weeping Fig is a low-maintenance plant that helps in removing air contaminants that typically come from furniture and carpets, including trichloroethylene, benzene, and formaldehyde.

Growing bamboo palm plants in pots is another superb way of adding color and warmth indoors. However, among its other secret benefits is the removal of toxic indoor air pollutants, including toluene, benzene, formaldehyde, and trichloroethylene.

A native of Guatemala, Honduras, and Mexican forests, Bamboo Palm can withstand reasonably low temperatures. This makes it an incredible air purification plant for most environments, be it at home, in malls, and even in offices.

The Chinese Evergreen is among our best recommendations for homeowners who want a plant that they can use as a tabletop plant. This is a beautiful foliage plant that derives its name from the Greek word ‘aglos,’ which means shining.

This plant can tolerate temperatures between 60 F (16 C) and 72 F. Again, it can thrive in low to medium light conditions. Therefore, you can place it pretty much anywhere in your house as long as there is warm temperature and a good amount of humidity.

Chinese Evergreens are adored for their efficiency in pulling VOCs from the air.

This plant is also known by several other names, including Spathiphyllum and the White Sail plant. Peace Lilies are natives of natives of southeastern Asia and the Americas. For years, these plants have been grown indoors for aesthetic purposes credit to their dark green foliage and gorgeous white blossoms.

However, they finally received public recognition as air purifiers when NASA listed them in its list of the best plants for improving home air quality.

Another beautiful addition for most homes, this houseplant is exceptionally easy to grow, and it does more than producing oxygen.

This plant is native to Guinea in Africa, and it’s known for its tall and elegant style. NASA reports that Corn Plant scores high marks in the removal of toxic substances from indoor air, including xylene, benzene, trichloroethylene, and formaldehyde.
The Corn Plant interests most homeowners who lack enough time to care for plants thanks to its hardy nature.

Often known as the Airplane plant, this is yet another easily adaptable houseplant that you can grow easily. In Africa, this plant is mostly used as spinach thanks to its high levels of nutrients.

In environments with unbearable air qualities, though, Spider Plant kicks in as an incredible purifier for ethylbenzene, nitrogen dioxide, carbon monoxide, and xylene. 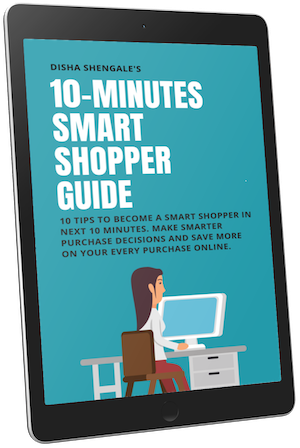